In conversation with Lukas Furtenbach

The article of Lukas Furtenbach about his commercial expeditions in the current bergundsteigen #104 has polarized – as expected.

So that everyone knows what we are talking of, we put his contribution online and asked him: „what’s it all about?“ Have fun reading and discussing.

Two Sherpas per client, unlimited supplemental oxygen, arriving at Base Camp in comfort by car, a Base Camp set-up that includes an infrared cabin – and all this for the highest price tag on the market. What’s it all about? Is it a marketing ploy or a moneymaking machine?

The answer is simple. Neither. It’s about providing the maximum possible safety and comfort in order to achieve the best chances of summitting and coming back down safely.

If climbing Everest using the usual oxygen flow rate of 2-4 litres/ minute can be equated to riding a moped on the Tour de France, then why are you sending your clients into the race on a 6-8 litre (per minute) motorbike?

Our flow rates are just as low as others’, it’s just that we have enough oxygen with us that, should we need to – to avoid bottlenecks in a steep section, or when dealing with someone struggling with physiological issues, or in an emergency – we can increase the flow rate. You’re either climbing with oxygen or without. There is no in-between. And limiting its use is incomprehensible to me – unless it’s about saving money. 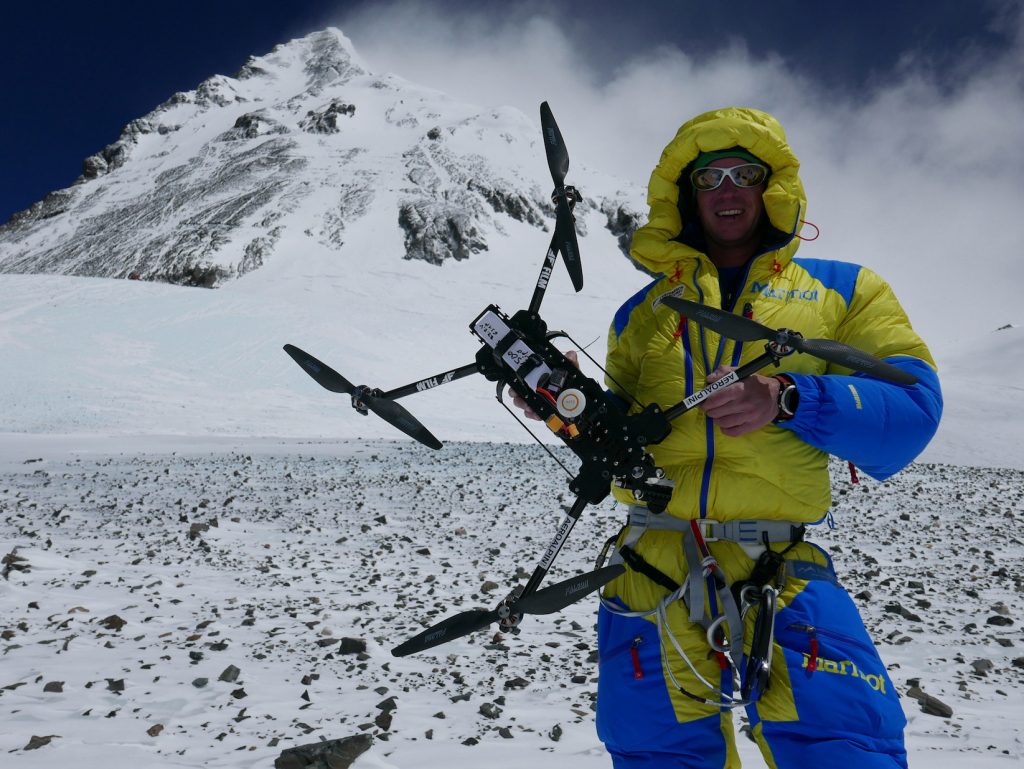 Well… we’ve been thinking about that for the last two years, especially for emergency situations, getting important things like oxygen, communications devices or drugs up there quickly and without putting any people at risk. Particularly in high-altitude mountaineering, climbers are often marooned in an emergency situation and are dependent on external help. This means that a helicopter and rescue crew have to be deployed – with all the associated risks involved. A drone can also be used in the kind of visibility that would stop a helicopter from flying, and the potential material loss is substantially less with a drone than a helicopter.

Time-honoured Himalaya/ Everest veterans like Russell Brice, Ralf Dujmovits and Peter Habeler were already climbing the highest peaks on the planet while you were still building sandcastles in the playground. What makes you think that you know better? You aren’t even an accredited Austrian mountain guide.

That’s true. And I have the greatest respect and admiration for those mountaineering personalities and their pioneering achievements. Once I gave up building sandcastles, I set off following in their footsteps. At some point however, I branched off and tried to forge my own path. I haven’t been able to shake the skills of creativity and tenacity that I acquired in the sandpit. It makes me happy to see that change is finally afoot in the world of regular and, in particular, commercial expedition climbing. And I have the feeling this is just the start.

I am not a UIAGM mountain guide but then again, I don’t know any Formula 1 drivers who are driving instructors. For our clients of course, I employ the best mountain guides and I find these in the Alps – even if in most Alpine countries expedition mountaineering and guiding at high altitude are not qualification criteria there.

However, you’ve not been in business that long, so you can’t have taken that many clients to the higher ranges. This year, you were probably just lucky with the conditions.

That’s right. Furtenbach Adventures started providing mountain and ski expeditions in 2014. But everyone in our team has been in the business for well over 20 years, and to varying degrees, active in the mountains throughout the World. Furtenbach Adventures has run more than 50 expeditions and taken several hundred clients up 6-, 7- and 8,000-metre peaks. All of our expeditions have been successful i.e. we have always reached the summit (or multiple summits on double expeditions). In our first Everest season in 2016, our success rate was ‘just’ 85%. The following year, it was 100 % and this year, again, all of the team members in the two groups made it to the summit.

Although many may see us as rookies, in addition to our unusually high success rate (with zero accidents to our name) we have also guided the second ever blind climber up to the roof of the World, produced three film projects on Everest (including taking the first cinematic camera up the mountain since the 1996 IMAX production, setting a high-altitude drone record and doing two VR projects for Mammut and PRO7) and this year, we’ve set the record for the shortest ever commercial climb on Everest. Despite all the criticism, it doesn’t seem to be simply down to good luck, and we’re really happy with our position.

But why do you insist on being so contrary? You’ve even been rude to Reinhold Messner. Why not simply conform? Play nicely, like the others do. Get yourself some good sponsors, and whizz round giving lectures, or get paid by large corporations to be a motivational speaker.

Understandably, I have very good sponsorship deals and am also booked as a speaker by important companies. I do play nicely anyway. I just get annoyed when others want me to play by their rules. I try to bring the often emotionally-charged debate on ethics in mountaineering down to the facts. With some people, unfortunately, that’s just not possible, others manage it well – Reinhold Messner is a good example of the latter. Despite our differences in personal convictions and philosophies, there is mutual respect and an acknowledgement of each other’s methods.

That means you’re not finished yet? You’re going to keep on in the same vein…

Yes, everything is going to be the same. I will keep looking to try and develop high-altitude mountaineering in the future. In other words, each time I head to Everest, it will be for a planned project that will stir things up.

When I run out of ideas, I’ll head back to the sandpit.

Lukas Furtenbach, founder and owner of Innsbruck-based expedition operator Furtenbach Adventures, is also a Geographer, film maker and father of two. He has led expeditions for the past 20 years and is passionate about creativity and innovation in the mountains. 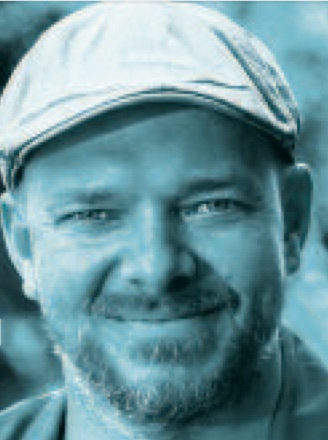 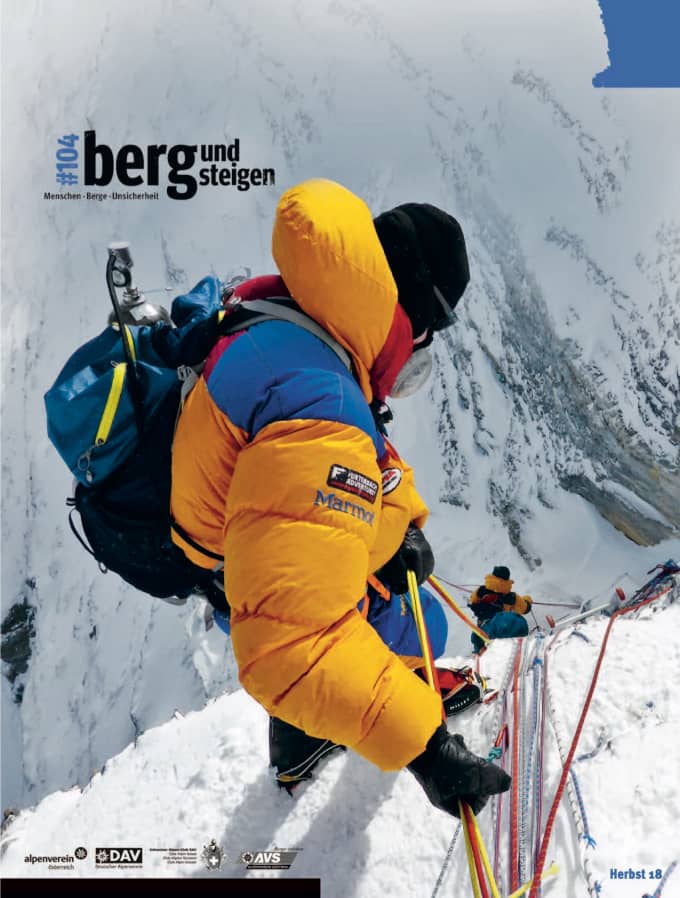